(Side note: since this video aired in April 2010, the Kahlehs have welcomed their 6th child into the family)

Evangelize the nations through the preaching and teaching of the Word of God.

About Saleim Kahleh: He was raised as a Muslim in a loving Islamic home. After his first year of college, Saleim went on a quest to find the TRUTH about God and religion. The Lord Jesus revealed Himself to Saleim, and now he testifies around the world about “The Goodness of God”. Saleim Kahleh graduated in 1984 from Houston Baptist University (HBU) with a Bachelor of Science in Christianity and Recreational Sports. Employed by HBU for over thirty years, he has served as the Director for Intramural Sports, Assistant Soccer Coach, Coordinator of Student Affairs, Director for the Men’s Residence College, Coordinator for Prayer and Evangelism, Director of Campus Recreation, and Associate University Minister. He married Melanie Hancock in May of 1999 and they now have six beautiful children: Karah Grace, Saleim II, Simeon, Hannah Joy, Elianah Shalom, and Samuel Zachariah. Melanie Kahleh graduated from HBU in 1995 with a Bachelor of Arts Degree in Music and Christianity and taught Pre-K through 8th grade for three years. Perfectly matched in callings, Melanie also has a passionate desire for all people to know and experience the love and goodness of God. Saleim and Melanie are both actively involved in the ministries of Lakewood Church. They are former Directors of the Radical Singles and Koinonia, former teachers in the New Beginnings class and currently serve as prayer partners. In addition, they minister in several venues at Lakewood including missions training, compass classes and water baptism.

Saleim Kahleh ministers globally as an ordained minister through Lakewood Church [Houston, Texas]. He empowers youth to share their own faith through Fellowship of Christian Athletes, Campus Crusade for Christ, YWAM, Young Life and the Navigators. In addition, he shares his faith to college students on campuses such as Houston Baptist University, Penn State, Southern Illinois, Kansas State, Rice, Texas A&M and the University of Houston. He also leads chapel services for professional sports teams such as the Houston Rockets and the former Oilers. As a recognized speaker, he has spoken at Baptist State Evangelism Conferences in Alaska, North Carolina and Tennessee. Saleim ministers cross denominationally from all Christian denominations as well as to Jewish believers. You can also hear him teach worldview lessons for Perspectives classes. With a heart for the world, Saleim has ministered in over twenty nations including Indonesia, Jordan, Israel, Africa, Haiti, Poland, Ukraine, Mexico, Honduras, Belgium, Switzerland, Germany, and Canada. He has also preached in the Vietnamese, Indian, Chinese and Arabic communities all over America. From youth camps, men’s retreats, and local businessmen’s meetings to mission’s banquets, Universities and revivals, his main thrust never changes – he wants all to come to a saving knowledge of Jesus and learn how to communicate their own faith to the world. 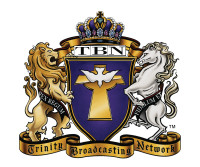